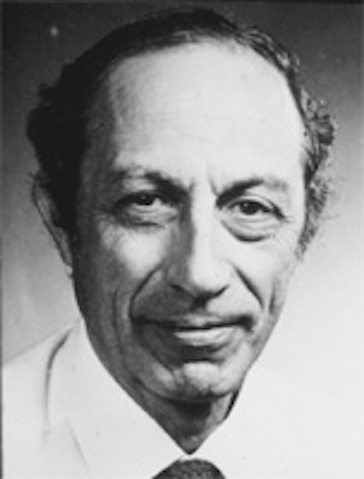 In 1946 Dr. Grossman received an appointment at the University of Illinois, and he was promoted to Professor of Clinical Science in 1952 at the age of 32.

From 1951 to 1955 he served as Head of the Physiology Branch of the Medical Nutrition Laboratory, first in Chicago, then at Fitzsimmons Army Hospital Base in Denver.

In 1955 Dr. Grossman became Chief of Gastroenterology at the Wadsworth VA Medical Center in Los Angeles.

From 1955 until 1962 he ran the section and trained clinical gastroenterologists, all the while continuing his research and publishing 50 papers. He was one of the first scientists appointed to the newly created Senior Medical Investigator program at the VA, a position which provided him the time and support needed to continue his research until his death. He was also Professor of Medicine and Physiology at the UCLA School of Medicine.

In 1973 Dr. Grossman learned that the National Institutes of Health intended to fund a center for the study of peptic ulcer disease. Almost single-handedly he organized the Wadsworth-UCLA and Dallas GI groups to submit a proposal which was funded.

Thus, in 1974 Dr. Grossman became the first Director of the Center for Ulcer Research and Education (CURE).

In 1979 he was presented the Friedenwald Medal from the American Gastroenterological Association.

During his lifetim, Dr. Grossman authored 400 articles, along with a similar number of book chapters and abstracts. He trained fellows from all parts of the world and from diverse backgrounds. Many of them today hold positions of distinction as heads of departments of gastroenterology, surgery, and physiology. His friends and colleagues will most remember his curiosity, his encyclopedic memory, the breadth of his interests and his energy in pursuing them, his intelligence, his perfectionism, his fairness, his wisdom, his integrity, his devotion, and his kindness.

His most important contributions lay in defining the secretory mechanisms of the stomach and pancreas and the actions of regulatory gastrointestinal peptides. He organized the first International Symposium of Gastrointestinal Hormones meeting in 1976, and guided and nurtured the society’s biannual meetings as chair and member of the International Steering Committee. Beyond his own original contributions he synthesized much of the available knowledge in gastrointestinal physiology and endocrinology and set uncompromising standards for scientific validity and accuracy of reporting. He was truly one of the giants in gastrointestinal physiology of this century.